An awareness campaign aimed at challenging women especially female students to endeavour taking up responsibilities that would change the status quo on female representation and involvement in the study of Science Technology Engineering and Mathematics (STEM) subjects and other lucrative opportunities has been launched in Accra.

The maiden exercise which was dubbed “THE STEM BELLE ” was held at the Dzorwulu Junior High School, a suburb of Accra last week to commemorate the month of March as Women’s History Month, aimed at celebrating and acknowledging achievements chalked by women globally.

Speaking at the ceremony the convener of Ms. Doreen Anene, a 2017 UN Empower Women Global Ambassador for Change, in her speech underscored that the exercise was meant to identify, discuss and break stereotypes and barriers which are holding girls from budding their interest and joining STEM fields. Empower Women is a leading global movement for women’s economic empowerment with its members and affiliates from over 190 countries.

“We are committed to the total well being of women across the country to dare for more in their daily respective activities as well as engaging, motivating and empowering them to be bold and targeted at changing the Status quo on female representation and involvement in STEM Subjects and careers”. She added.

Ms. Anene who is a Fellow and an award winner of the 2016 Young African Leaders Initiative (YALI) Cohort One held in Nigeria called on parents and guardians to serve as positive role models to their wards by offering wise counsels, motivating and encouraging them to take responsibilities and joining STEM fields.

She added that one of the channels through which women can be strengthened in other to make significant contributions towards economic development is by helping girls to break gender based stereotypes on joining STEM and by encouraging and mentoring girls to take up subjects and eventually lead careers in STEM.

The Ambassador cited that a major contributing factor to the drop out and subsequent low representation of women and girls in STEM fields especially in Africa, is the gender based stereotypes and cultural barriers surrounding girls in STEM and the low encouragement of girls to pursue mathematics and science at the Senior school-going age.

“The minds of girls have and are constantly being manipulated by statements and hearsays thus discouraging and limiting them from following their dreams to achieve their full potentials as Scientists, Technologist, Engineers or Mathematicians” she stressed

On her part, the Head Teacher of the Dzorwulu Junior High School, Mrs Stella Tsekpo lauded the initiative and stressed that there is a great need to have more women in STEM fields. This, she added will help close the gender gap in all sectors, hence girls must be encouraged and guided to join the STEM fields.

The Girl Child Education Coordinator of the School, Mrs Doris also expressed her appreciation to the organisers saying that the initiative is the right step at the right time in the right direction.

The event also had STEM Champions Florence Toffa, CEO of Mobile Web Ghana and a 2015 recipient of the prestigious Mandela Washington Fellowship and Dr Amina Sanni – Toure, the first Female Medical Doctor from Nima – Zongo who served as facilitators for the specialised sessions in Technology and Science respectively.

The event ended with a feed back session from the female students who contributed strategies which could be put in place to encourage and bud more girls in STEM. A certificate of participation was presented to the School which was thankfully received by the head teacher. 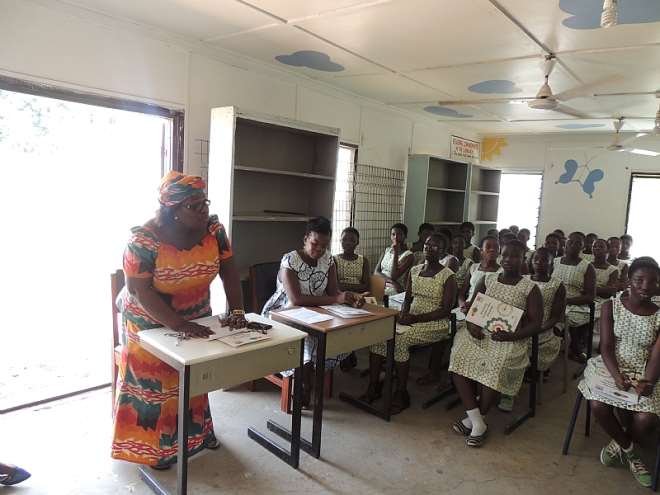 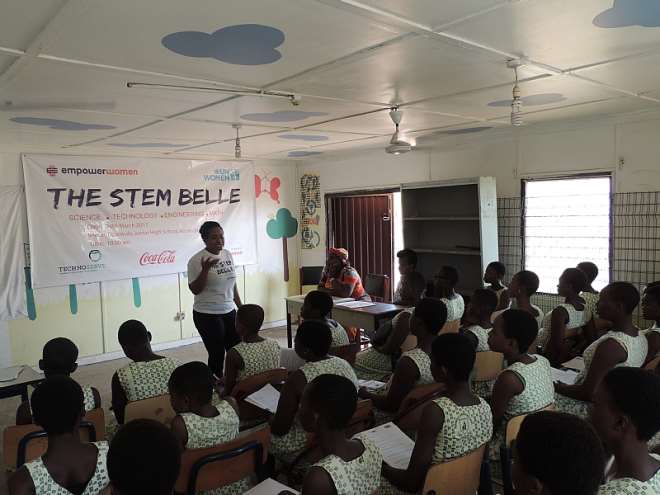 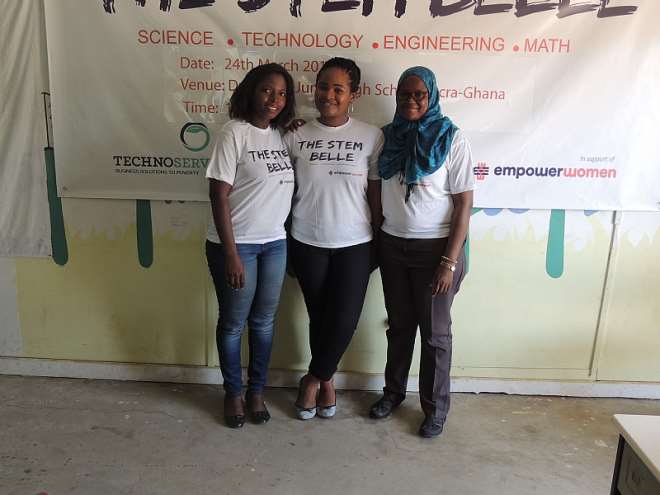 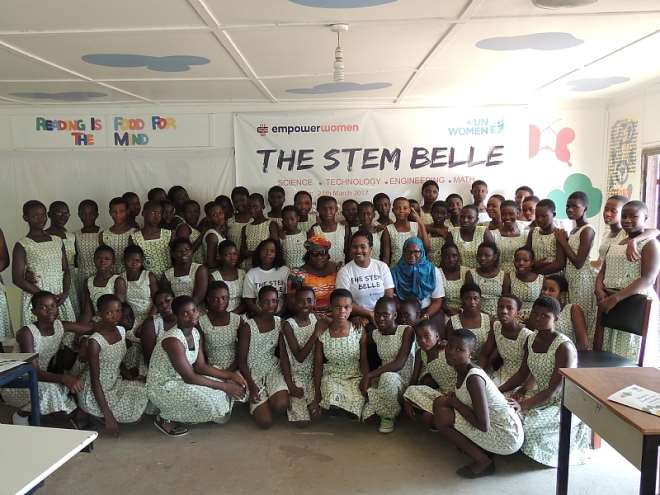 Celebrating the Success of The STEM Belle

$25,000 prize for Nottingham student who helps Nigerian girls to stay in education

This website uses cookies to improve your experience while you navigate through the website. Out of these, the cookies that are categorized as necessary are stored on your browser as they are essential for the working of basic functionalities of the website. We also use third-party cookies that help us analyze and understand how you use this website. These cookies will be stored in your browser only with your consent. You also have the option to opt-out of these cookies. But opting out of some of these cookies may affect your browsing experience.
Necessary Always Enabled

Performance cookies are used to understand and analyze the key performance indexes of the website which helps in delivering a better user experience for the visitors.

Analytical cookies are used to understand how visitors interact with the website. These cookies help provide information on metrics the number of visitors, bounce rate, traffic source, etc.

Advertisement cookies are used to provide visitors with relevant ads and marketing campaigns. These cookies track visitors across websites and collect information to provide customized ads.

Other uncategorized cookies are those that are being analyzed and have not been classified into a category as yet.

SAVE & ACCEPT
Have any question? Chat us up now
Start a Conversation
Hi! Click one of our member below to chat on Whatsapp
The team typically replies in a few minutes.
The STEM Belle
ADMIN